Kathi Kaeppel: Drawing in Space and Time – Exploration of artistic practices of the animated drawing in space

The aim of this scientific-artistic research project is to investigate the development and possibilities of a distinct art genre, the drawn animation in space.

The research project “Drawing in Space and Time. Artistic practices of animated drawing in space” examines the development and possibilities of a distinct art form, the drawn animation in space. Its specialty is to create a constructed and controlled media space and to superimpose it with a physical spatiality and plasticity of an installation, which is also part of the artistic expression. In this way, the animated film in its explicit artificiality allows a direct view of the artistic possibilities of the medium.

Since the 1960s, animated film and film have encroached on the environment of the screening in the sense of an “installation” as an object of artistic and commercial debate. The result is a new format: the animated image in space, or expanded animation, in various forms, which in the museum context have so far been recorded as video installations, immersive installations or augmented reality (AR) installations. This work examines the framework conditions, structures and the artistic and cultural effects of the animated film in space and the conditions under which the physical and digital elements combine in new dispositifs. The analytical, theoretical discourse is supplemented in this research project by artistic research, which is more than just a theoretical discussion and is able to show the possibilities and chances of the artistic practice.

Moving in Every Direction 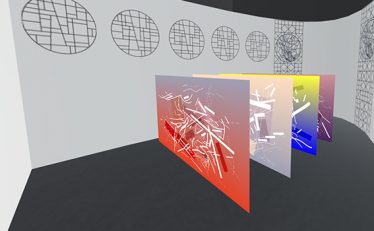 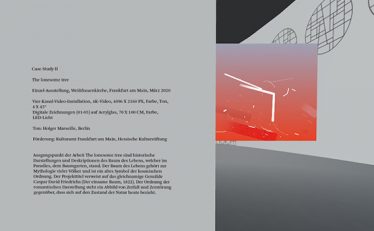